4045 Great North Road nearing completion! After starting back in 2014 with a building shell which needed remediation this job has had it’s challenges bringing it up to code and extending the apartments. Looking smart now!

For those who have not caught up with us recently we have moved offices and now reside in the SHKY complex at the top of Khyber Pass Road in Grafton. We now have a self-designed layout and fitout to suit our needs resulting in a comfortable and cosy environment. See our before and after images for the results or come say Hi! MEPS recently performed an exercise on a school classroom block to compare the difference in the heating/cooling power usage between single glazing and double glazing. It was found that the simulated power usage throughout the year dropped by almost 10% with the use of single glazing!

This may sound crazy but let’s look at this closely.

A major component of the cooling load within a space is the solar gain through windows. There is very little difference between the solar gain through double glazing when compared to single glazing. The thermal advantage of double glazing comes from its ability to restrict the conduction of heat between the inside and outside. This is great in winter, but under certain conditions when coupled with high solar gain, this can lead to overheating in summer.

The solar radiation passes freely through the glass and is absorbed as heat by surfaces or objects such as your desk and carpet. This heat is then trapped inside by the glazing and the wall/roof insulation. This is a phenomenon known as the greenhouse effect, commonly used in greenhouses to keep plants warm during the cooler months. However, the superior thermal performance of double glazing used in modern buildings enhances this effect and can cause overheating.

This may not be an issue in spaces which are occupied less during the day, such as a household. However, for spaces such as an office or school, the use of single glazing over double glazing may be beneficial.

We do not want to write off double glazing all together. Double glazing can be used effectively in combination with carefully designed shading to reduce unwanted solar gains during the summer months. There are many factors to consider including the ventilation strategy, shading, thermal mass, window orientation, low-e coatings and tints. Double glazed windows also have condensation and acoustic benefits.

Ask your mechanical engineer to perform an analysis and you may be surprised by the results! Building Information Modelling (BIM) has been used in the construction design sector for a number of years. The uptake has been very encouraging.

At MEPS, we adopted the use of Revit several years ago and quickly realised the benefits. Speaking from a hand on experience, the use of 3D modelling in the preparation of HVAC and sanitary waste designs for example yielded immediate advantages. Identifying building element conflicts meant that final design documentation is literally error free (assuming of course builders follow the design).

Today most of our documentation is carried out using 3D modelling.

In time, we believe that as the current BIM tools evolve and become more innovative, they will become essential tools in visualising a design in a holistic manner, improving collaboration between design firms, the contractor and client.

From everyone here at MEPS we hope you have relaxing and fun filled Christmas Break and hope you get a chance to explore new found nooks in New Zealand! Remember to Slip Slop Slap and Scan these holidays and we wish you all the best!

Our last formal day is the 22nd and back on the 11th however we are available by email for inquiries in between.

Timber floor construction for multi story buildings has many advantages but provides a few challenges when it comes to services. Some items to consider when designing with timber floors include:

A good option to combat most of these items is a lower “finished” ceiling under the fire ceiling with sufficient space between to run the services. It is a requirement of the New Zealand Building Code that spaces in household units, including apartments, that contain cooktops must have mechanical extract that discharges outside. This is typically achieved through a rangehood which are often rated to a maximum “length of duct”.

Some entry level rangehoods may only be rated for as little as 3m by the supplier or even rated to only discharge immediately through the wall they are installed on. This can pose a problem. In modern day apartments it is not unusual for the kitchen to be located 5m or more from the point of discharge!

Duct fittings like a 90° bend may be equivalent to 2m or more of straight duct in the suppliers documentation. A rangehood rated for a maximum “duct length” of 5m could be reduced to only 3m with just one bend! Careful consideration of the duct route and rangehood requirements must be taken when locating the kitchen and oven.

When choosing a kitchen rangehood it is important to consult with the supplier and the project mechanical engineer for proper pressure drop calculations to confirm whether the rangehood will meet the required performance. Uses for CFD modelling include:

-Ventilation modelling to demonstrate temperature and air velocity comfort in public spaces such as schools, offices, and retail spaces.

The example shown is a temperature analysis model for a naturally ventilated large electrical compartment. 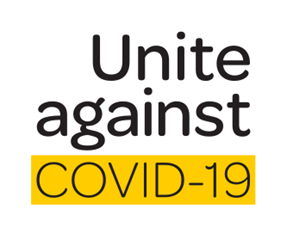 Now that New Zealand has dropped to Level 3 we are now able to attend sites by complying with the MBIE guidance for construction sites. We are still generally working remotely and all meetings will still be attended remotely online. Otherwise we are working as normal continuing with design and site queries. Drop us a call or email for any inquiries otherwise keep safe and be kind!

Right from the start, our Principals pledged that they would remain a coherent, small and friendly group of consulting engineers.

What makes us different from our larger competitors is our personal service to our clients.

The Principals that meet you to discuss the project are also the engineers behind the scenes.

In this way we make certain that you take full advantage of our many years of experience.